This is an absolute must rest for anyone who is interested in the life of a Victorian spy.  Mata Hari is the original femme fatale.  Although its really up to you to decide if she was an actual spy or was she just a lover of many military men and a fan of the finer things in life.  I read this entire book almost cover to cover in one day as I was glued!

A quick synopsis is:

Mata Hari was the stage name Dutch-born Margaretha Zelle took when she became one of Paris’ most popular exotic dancers on the eve of World War I. Although details of her past are sketchy, it is believed that she was born in the Netherlands in 1876 and married a Dutch Army officer 21 years her senior when she was 18. She quickly bore him two children and followed him when he was assigned to Java in 1897. The marriage proved rocky. The couple returned to the Netherlands in 1902 with their daughter (their other child, a son, had died mysteriously in Java). Margaretha’s husband obtained a divorce and retained custody of his daughter.

With the outbreak of World War I, Mata Hari’s cross-border liaisons with German political and military figures came to the attention of the French secret police and she was placed under surveillance. Brought in for questioning, the French reportedly induced her to travel to neutral Spain in order to develop relationships with the German naval and army attaches in Madrid and report any intelligence back to Paris. In the murky world of the spy, however, the French suspected her of being a double agent. In February 1917 Mata Hari returned to Paris and immediately arrested; charged with being a German spy. Her trial in July revealed some damning evidence that the dancer was unable to adequately explain. She was convicted and sentenced to death.

In the early-morning hours of October 15, Mata Hari was awakened and taken by car from her Paris prison cell to an army barracks on the city’s outskirts where she was to meet her fate. 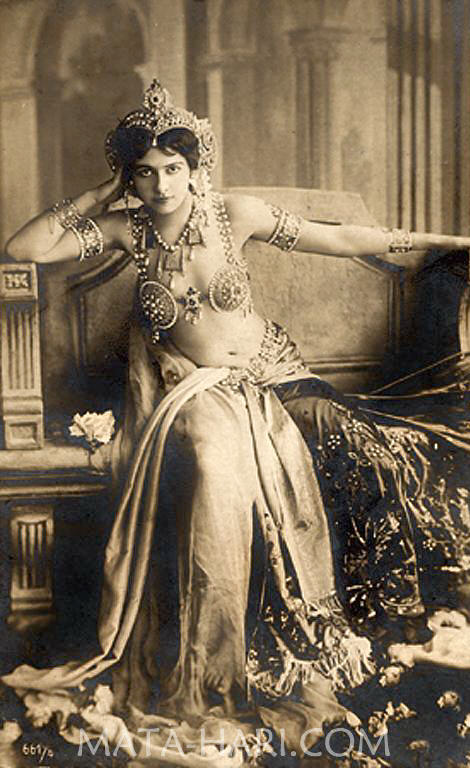